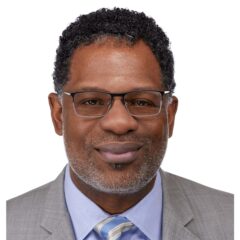 Christopher Sebastian Parker is Stuart and Lee Scheingold Professor of Political Science and Social Justice at the University of Washington. A graduate of UCLA (BA) and the University of Chicago (AM, PhD), he is the author of Change They Can’t Believe In: The Tea Party and Reactionary Politics in America (Princeton University Press, 2013), and Fighting for Democracy: Black Veterans and the Struggle Against White Supremacy in the Postwar South (Princeton University Press, 2009). Parker is currently at work on The Great White Hope: Donald Trump, Race, and the Crisis of American Democracy (University of Chicago Press, forthcoming). He resides in Seattle with his dog, Brooklyn.