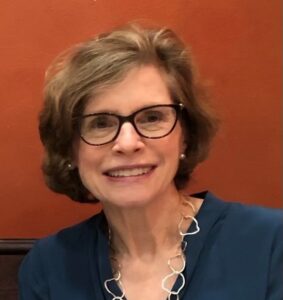 The Milbank Memorial Fund is pleased to announce the endowment of the Kathleen S. Andersen Scholarship at the Nelson Mandela College of Government and Social Sciences at Southern University in Baton Rouge, Louisiana. This scholarship is aimed at students who aspire to have careers in public service. The endowed scholarships funded through this $100,000 grant will be awarded annually to one or more candidates for Southern University’s Master of Public Administration (MPA) degree.

“At the Nelson Mandela College of Government and Social Sciences at Southern University, a historically black university, we aim to produce a cadre of professionals who will be trained not only to advance their career goals, but to advance policy that improves equity and justice in the community and in the nation,” said Dean Damien Ejigiri. “We are delighted that the Kathleen S. Andersen Scholarship will help us do so.”

Ms. Andersen is the former Vice President and Chief Operating Officer of the Milbank Memorial Fund. She retired in 2021 after 31 years of service. A native of Baton Rouge, Ms. Andersen received her undergraduate degree from Louisiana State University and worked in Louisiana state government after graduation, first as a case worker for the Division of Family Services and then as a researcher and policy analyst for the Board of Regents. After earning an MPA degree from the Harvard Kennedy School of Government, Ms. Andersen moved to New York State, where she returned to public service before joining the Fund’s staff as a program officer. In 2000, she was named Vice President and Chief Operating Officer.

“Kathleen has been a tremendous resource to the Fund,” said Milbank Memorial Fund President Christopher Koller. “During her tenure, she served the foundation and its network of researchers and policymakers with skill, grace, and commitment to the Fund’s mission and values. We are pleased we could honor her service and her commitment to public sector leadership in her home state.”

“I am grateful for this honor, which recognizes my contribution to the work of the Milbank Memorial Fund,” Ms. Andersen said. “For more than a century, the Fund has prioritized improving the health of individuals and populations by contributing to the knowledge and skills of people who make and implement policy at different stages of their careers and from all different backgrounds.”