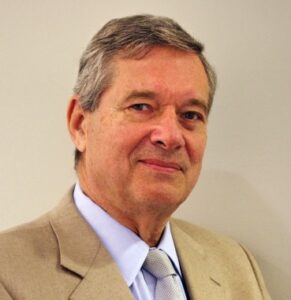 Samuel L. (Tony) Milbank has announced his resignation as Chair of the Board of Directors of the Milbank Memorial Fund after 32 years of service.

Mr. Milbank, the grandson of Fund cofounder Albert Milbank, joined the Board in 1974 and became Board Chair in 1990. He oversaw a revitalization of the Fund and The Milbank Quarterly, with new leadership and stronger finances, and the development of the Fund’s contemporary focus on population health, evidence-based policy, and state health policymaking.

“I have a profound appreciation for the honor of being Chair for the last 32 years,” Mr. Milbank said. “It has been a privilege to have worked with such talented team focused on advancing population health.”

Over the last 20 years, Mr. Milbank has helped to manage several endowments. He is also a member of the selection committee of the Scholar Rescue Fund. His philanthropic focus followed a 23-year career at Salomon Brothers and Lehman Brothers, where he worked with global institutions on the investment and risk management of their foreign exchange reserve assets.

“The Fund is a better, more effective organization because of Tony’s leadership,” said Milbank Memorial Fund President Christopher F. Koller. “He has given us strong principles, a commitment to mutual respect, and a recognition of the Fund’s heritage as a leader in the field of public health.”