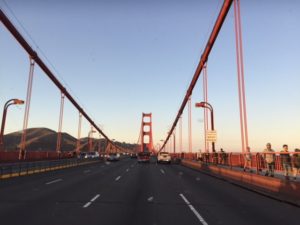 The Fund kicked off the newest session of its Emerging Leaders Program (ELP) earlier this month at an in-person meeting in San Francisco. The third group of state health policy officials to participate in the program included 18 leaders from 15 states, including both legislators and those from the executive branch.

Created in 2015, the ELP has evolved into a practical, skills-based program tailored to the needs of early- and mid-career state health policy leaders who are navigating complex state health environments. Sponsored by the Fund’s Reforming States Group (RSG), the ELP is a one-year program that features at least two in-person meetings, virtual sessions, and being paired with an RSG mentor. Participants are nominated for the program by RSG members. This year, nominations came from cabinet secretaries and chairs of state health committees, among others.

The program’s curriculum continues to be refined; this year’s program provided more opportunity for hands-on skill-building in the areas of negotiation, communication, and leading through change. Participants have expressed strong interest in deepening their negotiation skills and learning about models for policy change. The curriculum led by Ken Kizer, MD, MPH, director of the Institute for Population Health at UC Davis Health, and Richard Callahan, DPA, professor, School of Nursing and Health Professions, Department of Population Health, University of San Francisco, will, in part, be driven by participants’ interests and needs.

For many of this year’s participants, the gathering in San Francisco was one of their first opportunities to learn from colleagues in other states and from other branches of government. They reported that they appreciated the opportunity to put new skills into practice during interactive sessions.

“The program exemplifies the values of the Fund and of the RSG—collaboration and community, nonpartisanship, and most of all leadership and excellence,” said Michelle Alletto, program officer at the Fund, who runs the ELP. “There is a vacuum in state health policy for people who have high levels of responsibility, but need help propelling themselves to the next level. Being nominated to participate in the ELP is an indication that senior leaders want to invest in your future—it’s recognition that you are demonstrating the potential for even greater leadership roles.”

Said participant Jennifer Katzman, chief of staff to the Medicaid director at the Louisiana Department of Health, “As an executive branch leader, it was exciting to learn alongside elected officials. I especially appreciated deepening practical skills that were presented in refreshing ways, like using improv techniques to learn about communications.”