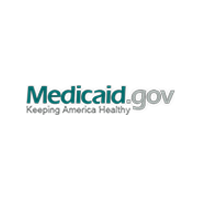 When the Medicaid Innovation Accelerator Program (IAP), an initiative of the Center for Medicaid and CHIP Services (CMCS), wanted feedback from states about the program, they asked the Milbank Memorial Fund to convene a meeting to facilitate discussion between CMS and the states.

The goal of IAP is to stimulate delivery system reform by states for Medicaid populations—and to support states’ efforts to strengthen the delivery of care provided through Medicaid. CMS has committed more than $100 million to provide targeted technical assistance to states—and four program areas have been identified focused on specific Medicaid population needs.

The meeting, held in June, brought together senior state Medicaid officers, CMS staff, and representatives from the National Association of Medicaid Directors. Discussion focused on several areas: articulating a clear definition and focus for IAP that relate to state priorities for reform; aligning IAP program areas to leverage and coordinate policies with other federal programs and agencies, such as Medicare, the Indian Health Service, and Housing and Urban Development; and the need for a communications strategy to inform states, staff, and stakeholders on IAP as it progresses.

“IAP is an attempt by CMS to help state Medicaid agencies improve their population health management capacities in some critical areas,” explains Rachel Block, who serves as the Fund’s project officer for this activity. “We hope the feedback from the panel will help CMS improve the way this important work is accomplished.”

A follow-up meeting will be held in the fall.