New Editor of The Milbank Quarterly 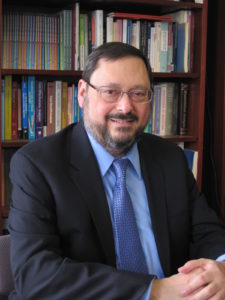 The Milbank Memorial Fund is pleased to announce that Alan B. Cohen, ScD, will serve as the editor of The Milbank Quarterly, effective August 1, 2018.

Cohen is a research professor in the Markets, Public Policy, and Law Department of the Questrom School of Business and professor of health law, policy, and management in the Boston University School of Public Health.

“Alan emerged as the clear choice after a nationwide search,” said Christopher F. Koller, president of the Fund. “His broad experience with policymakers and health services researchers, his background as an editor and writer, and his commitment to the Fund’s mission of improving the health of populations by connecting leaders and decision makers with the best evidence and experience make him an ideal person to lead the Quarterly, with its 95-year-old history.”

Cohen is an elected member of the National Academy of Social Insurance and previously served on the editorial boards of Health Affairs, Inquiry, and the Journal of Health Organization and Management. In the past, he also was a John Evans Visiting Fellow at the University of Otago in Dunedin, New Zealand (fall 2010), a member of the Advisory Panel on Improving Healthcare Systems for the Patient-Centered Outcomes Research Institute (2013-2015); and a member of the International Scientific Advisory Group for the National Health Service’s Collaboration for Leadership in Applied Health Research and Care (CLAHRC) in the West Midlands of the United Kingdom (2014 -2018). He received his BA in psychology from the University of Rochester, and his MS and ScD in health policy and management from the Harvard School of Public Health.

“I am delighted to serve as the Quarterly’s new editor and look forward to working with the editorial staff, board, and contributing writers to build upon the journal’s record of excellence in publishing timely original research and thoughtful reviews on important population health and health policy issues,” said Cohen. “In the coming months, we will announce some new features that will further enhance the Quarterly’s value to scholars, policy leaders, and practitioners. Our ultimate goal is to advance the evidence base for improving the health of populations in keeping with the mission and core values of the Milbank Memorial Fund.”