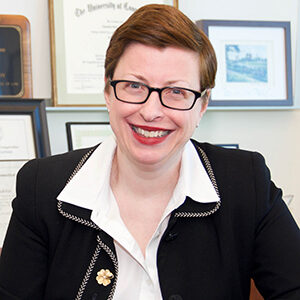 Kate McEvoy will join the Milbank Memorial Fund as a program officer in September. In addition to leading the Milbank State Leadership Network, she will oversee the Fund’s leadership development programs, the Emerging Leaders Program and the Milbank Fellows Program, and guide the Fund’s Healthy Aging work.

Ms. McEvoy was previously director of health services in the Connecticut Department of Social Services, where she oversaw care delivery and payment reform work in Medicaid, CHIP and long-term services and supports. She is a former president and vice president of the National Association of Medicaid Directors Board of Directors and served on the steering committee of the Reforming States Group, the predecessor to the Milbank State Leadership Network. She also contributed to state health reform initiatives as assistant comptroller for the State of Connecticut.

An elder law attorney by training, Ms. McEvoy spent her early career working for a regional Agency on Aging and as a legislative liaison for the Connecticut Association of Area Agencies on Aging. She is a past chair of the Elder Law Section of the Connecticut Bar Association and led several major coalition-based projects around advance directives and end-of-life care. She has a JD from the University of Connecticut School of Law and a BA in English and Economics from Oberlin College.

“Kate has been one of ‘deans’ of state Medicaid directors,” said Milbank Memorial Fund President Christopher F. Koller. “Everyone who knows her appreciates her integrity in policy and passion for public service. We are delighted to have her join our team and know that her considerable experience with state leadership and aging issues will help us better fulfill our mission of advancing population health.”

“It is an enormous pleasure and privilege to join the Milbank staff,” Ms. McEvoy said. “I am eagerly anticipating opportunities to advance policy that honors the preferences and needs of older adults, as well as to partner in bringing forward rising leaders in health policy.”