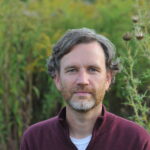 The Milbank Memorial Fund and Milbank Quarterly community are deeply saddened by the tragic death of contributor and colleague David K. Jones, a professor of health law, policy, and management at Boston University School of Public Health (BUSPH). As illustrated in the many tributes to David that have been shared since his death on September 11, 2021, he was a wonderful scholar as well as a kind and thoughtful person.

For the Milbank Memorial Fund, David explored differences and commonalities among state approaches to health reform to help identify bipartisan paths forward. In 2017 and 2019, he and Christina Pagel of University College London surveyed and interviewed state legislators about their health priorities and published their findings in two reports, Bipartisan Approaches to Tackling Health Care Costs at the State Level and Views from the Heartland: Prospects for Bipartisanship in Health Reform. He also wrote a series of reports with Christopher L. Lewis of BUSPH on state health policies that had made objective improvements in population health.

“David was a dear and valued colleague,” said Milbank Memorial Fund President Christopher F. Koller. “His passion for justice and his gentle good humor reached from his work to his family to his BUSPH community. We will carry on his commitment to improving equity in public policy.”

For The Milbank Quarterly, David recently wrote two opinions, Expanding Congress Will Lead to Better Politics and Better Health Policy, which examined a potential solution for correcting the political imbalances and inequities that exist between more populous and less populous states, and Will the Deep South Ever Expand Medicaid?, which drew upon his experiences in researching health care in the Mississippi Delta and surrounding states.

“I suppose that we should take some measure of solace in having been fortunate enough to share in his remarkable half-life of accomplishments,” wrote Milbank Quarterly Editor Alan Cohen, a BU colleague, in a recent tribute. “Simply to have known him was a distinct privilege, and his cherished memory will live on in his words and in his family and friends.”