How the Federal Government Supports State and Local Efforts to Improve Rural Health:

A Q&A with Tom Morris 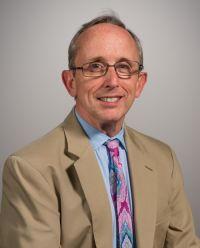 Tom Morris, M.P.A., is associate administrator of rural health policy for the Health Resources Services Administration (HRSA), an agency of the U.S. Department of Health and Human Services (HHS). With a budget of $317 million, his office oversees a wide range of activities—from conducting research and policy analysis to providing technical assistance to hospitals in danger of closing. His office also recently assumed responsibility for administering a new program that targets the federal response to the opioid crisis to the particular needs of rural communities.

The Milbank Memorial Fund asked Morris how HRSA and other federal agencies are working to support these approaches, including health care delivery models that promote population health, rural health workforce development, and research and policy focused on rural communities.

As a group, rural residents are older and poorer than other Americans and have worse access to health care services, as well as higher mortality rates from potentially preventable conditions. Some parts of rural America have also been ravaged by “deaths of despair” from alcohol, drug overdoses, or suicide. How is the Office of Rural Health Policy working to address these multifaceted issues?

Part of what we do is to quantify these problems so we can make sure rural issues are front and center when policy issues are considered. The opioid crisis is a good example. A lot of the initial research, both at HHS and nationally, tended to focus on opioid overdose rates at the state level. We weren’t seeing a lot about what happens in rural communities. We try to fill those gaps with research and by gathering perspectives from rural communities.

The second part of what we do is figure out how to support programs that address the identified needs. Given the challenges in rural America, this requires collaboration across agencies. That’s been enhanced in recent months by the creation of a rural task force at HHS that’s charged with finding ways to better coordinate activities across operating divisions. For example, we’ve had outreach from the National Cancer Institute, which is concerned that while the incidence of cancer is lower in rural communities, mortality rates are higher. They are interested in teasing out why and seeing what can be done to address the problems.

We’ve seen a number of hospital closures in rural communities since 2010. How is HRSA responding?

It’s a daunting challenge. Even quantifying the problem is difficult. Sometimes a hospital will close but then reopen, so it can be a moving target. It’s also important to understand that there are a variety of reasons for closures. It may be due to a loss of population and the community can no longer sustain a full-service hospital. In other cases, hospitals face a challenging payer mix with heavy dependence on Medicare and Medicaid and limited numbers of privately insured patients. At the same time, we’re seeing some effects of consolidation of the market. It’s challenging to respond because no one thing is going to fix it.

How are you approaching it?

The first thing we’re doing is helping hospitals avoid being at financial risk. We work with critical access hospitals and other small rural hospitals on quality and performance improvement because if you can shore up the financial side and show high quality to local patients, the hospitals typically can survive. We provide grants to states to work with their small rural hospitals on these issues. That’s the first step. With funding from Congress, we’re also doing much more intensive technical assistance to help hospitals at risk. This includes a special focus on rural hospitals in the eight-state Delta region. We also have a new program that will take the same approach with a handful of hospitals across the country each year. Beyond that, there are efforts at the Centers for Medicare and Medicaid Services (CMS) to propose policy changes in Medicare. For example, CMS is proposing to temporarily change the calculation of the Medicare wage index to better account for low-wage hospitals, many of which are in rural communities.

The Reforming States Group issue brief describes ways in which rural hospitals are shifting their focus to population health and chronic disease management, as well as preventive care. Do you see this as part of a broader trend?

Definitely. Pennsylvania is testing a global payment model that provides some degree of cost certainty to rural hospitals so they can explore ways of reorganizing their health care services in a sustainable way. That model is one of the most promising things I’ve seen in my career. The administrator of CMS recently announced the agency is in the process of developing a demonstration that builds on some of the lessons learned from their prior demonstrations, including in Pennsylvania. There have also been some Congressional proposals that would move rural hospitals out of inpatient care and focus more on providing emergency services and outpatient care. I like the fact that there are options for all of that. One of the challenges in rural communities is that there is no third option. You’re either a hospital or you’re a clinic. We’re learning it’s not that simple. There may need to be something in between.

Let’s shift gears to talk about workforce. Obviously, there’s been a lot of effort to get people to work and train in rural communities. What else needs to be done?

Workforce shortages have always been a challenge and probably always will be. I think these challenges have to be addressed on a number of fronts. For example, we’ve seen benefits from making sure that we recruit health profession students from rural areas, as they’re more likely to practice there. Exposing students to rural training opportunities may also make them more likely to practice in rural communities. That is definitely true with physician residencies. I think we’ve seen from our programs at HRSA that you don’t have to train physicians in a tertiary or academic medical center. We are going to award up to 27 new rural residency planning grants by the end of this year to create new physician residency programs in rural communities. We need to go beyond training, though, and do what we can to encourage clinicians to practice in rural areas through loan repayment programs, scholarships, and other incentives.

Rural communities have been especially hard hit by the opioid epidemic. Can you tell us about federal efforts to get more people into treatment for opioid use disorder and to stop people from getting addicted in the first place?

We’ve been heavily engaged in this work. I think we’ve got a toehold and are building. It started with expanding the capacity of community health centers to offer medication-assisted treatment in rural communities. There has also been a significant increase in state funding. Working through states is a very efficient way to address large-scale challenges like the opioid epidemic. At the same time, it may not be the most effective way to support small rural communities. That’s why we were happy when the Administration proposed the Rural Communities Opioid Response Program and Congress included it in our budget. It provided $130 million in 2018 and $120 million in 2019, which we are using for planning and implementation grants. Many of the grantees are putting together coalitions that engage the human and social service sectors. We’ve left them a lot of flexibility. If they want to focus on prevention, that’s great. If the focus is on after-care, that’s fine too. We know law enforcement and the courts play a really important role. We’ve been pleased to see people taking a networked approach and including a range of partners, particularly the faith-based communities. In the end, we hope that—with the combination of the state block grant money, the investment we’ve already made in the community health centers, and grants to rural communities—we can start to build the treatment infrastructure in rural communities that will allow them to address this epidemic.

Could you give us a sense of the types of approaches being taken by the Rural Communities Opioid Response Program grantees? Are there ones that stand out?

I think the ones that are trying to make sure there is no wrong door, that are finding ways to create a seamless transition to treatment whether you’re referred by your family, you end up in the emergency department because of an overdose, or you end up in the criminal justice system. Stigma is a major barrier to seeking treatment in rural communities. Anything that lowers the barriers to entering treatment will help. It’s also about making sure there are no gaps as folks transition out of treatment. I’ve been really impressed that some communities have been linking people in recovery to housing. Others have thought about how we get people into jobs. It’s really about building a system to support people through treatment and into and through recovery.

What makes you most optimistic about the future of rural America?

I’m really glad you asked that question because so often in rural health we speak in terms of deficits, gaps, and disparities. Those things are true, particularly when you look at the numbers from a national level. It can be daunting at times. But one of the great blessings of this job is hearing from our grantees in rural communities about the impact they are having. When I hear their presentations, I marvel at how resourceful they are even with a very modest investment. As long as I see that I’m optimistic about the future. If we can continue to support communities and give them the capacity to fashion their own solutions, we have a chance to turn the corner.

Interview conducted and edited by Martha Hostetter and Sarah Klein