How Much Does Medicare Spend on Primary Care? The Fund Supports New Research 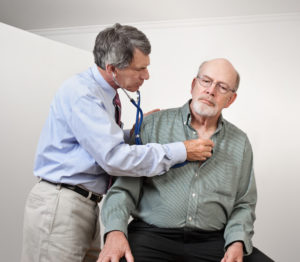 How much does Medicare spend on primary care? As more evidence mounts about the benefits of primary care, a growing number of health policy leaders want to know if this investment is being made. New research conducted by the RAND Corporation and published in JAMA Internal Medicine, with support from the Milbank Memorial Fund, analyzes for the first time national and state estimates of primary care spending for the Medicare population.

The study, which focused on Medicare beneficiaries who receive services on a fee-for-service basis (but were not in managed care plans), found that primary care spending ranged from 2.12% using a narrow definition of primary care providers to 4.88% using a broader definition. The findings compare to the roughly 7% rate of spending for commercial populations, which was published in a 2017 Fund report, Standardizing the Measurement of Commercial Health Plan Primary Care Spending.

The new study also found that primary care spending varies widely by state. “Are Medicare beneficiaries in Wyoming and Montana so different from one another so as to explain half the rate of spending in one compared to the other?” asked Christopher Koller, president of the Fund. He was quoted in a Modern Healthcare article about the new RAND study.

Adds Rachel Block, program officer at the Fund, “We may not know what the ‘right’ number is for primary care, but we know that primary care saves money and lives.  By documenting the relatively small portion of Medicare spending going to primary care and the significant variations among states, this Fund-sponsored research should spur further primary care policy analysis, evaluation, and development, such as the recently announced Primary Care First program by CMS.”