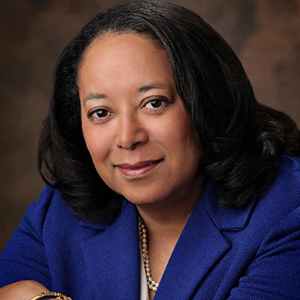 Denise Gray-Felder, founding president of the global nonprofit Communication for Social Change Consortium, has been elected to the Milbank Memorial Fund Board of Directors. Ms. Gray-Felder is a communications expert who has worked in multiple industries and countries, addressing social issues such as disparities in health, education, gender, and income.

Before launching the Consortium, Ms. Gray-Felder was vice president of administration and communication for the Rockefeller Foundation for nine years, where she oversaw budgets exceeding $200 million for work in communication and policy, research and learning, and more. Prior to the Rockefeller Foundation she worked for 16 years in AT&T public relations.

While on hiatus from the New Jersey-based Consortium from 2014 to 2018, Ms. Gray-Felder served as the chief communications officer of Michigan Medicine, the academic medical center of the University of Michigan. Under her leadership, Michigan Medicine achieved the #5 ranking from the U.S. News Hospital Rankings and Rating.

“We are delighted and honored to have Denise Gray-Felder join our Board of Directors,” said Milbank Memorial Fund President Christopher F. Koller. “The many years of multisector communications experience she brings will help guide the Fund’s work with policymakers and other key audiences and advance population health during this difficult time for the nation.”

Ms. Gray-Felder, who joined the Board this October, is a former president of the Public Relations Society of America Foundation and recipient of a Spirit of Detroit Award. She was named one of Good Housekeeping magazine’s 40 Women of Promise Under 40 and was appointed to the New Jersey Martin Luther King, Jr., Commemorative Commission by former Governor Thomas Kean. She holds a master’s degree in communication from Wayne State University and a bachelor’s degree in journalism with highest honors from the University of Michigan.