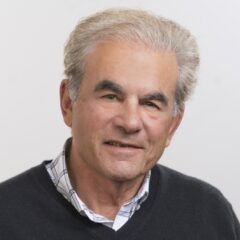 Richard M. Scheffler is a Distinguished Professor of Health Economics and Public Policy at the Graduate School of Public Health and the Goldman School of Public Policy at the University of California, Berkeley. Dr. Scheffler is the director of The Nicholas C. Petris Center on Health Care Markets and Consumer Welfare as well as the director of the Global Center for Health Economics and Policy Research. He has been a visiting professor at the London School of Economics, Charles University in Prague, the University of Pompeu Fabra in Barcelona, and at Carlos III University of Madrid. He has been a visiting scholar at the World Bank, the Rockefeller Foundation in Bellagio, and the Institute of Medicine at the National Academy of Sciences and a consultant for the World Bank, the WHO, and the OECD. Dr. Scheffler has been a Fulbright Scholar at Pontifica Universidad Catolica de Chile in Santiago, Chile, and at Charles University, Prague, Czech Republic. He also served as the president of the International Health Economists Association 4th Congress in 2004. In 2018, Dr. Scheffler was awarded the Berkeley Citation, among the highest honors the campus bestows on its community, presented on behalf of the Chancellor to individuals whose contributions to UC Berkeley go beyond the call of duty and whose achievements exceed the standards of excellence in their fields. In 2019, Dr. Scheffler was appointed by Governor Gavin Newson to the Healthy California for All Commission, charged with developing a plan to guide California toward a unified health care system.