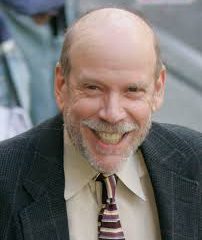 Gerald Markowitz is Distinguished Professor of History at John Jay College of Criminal Justice and the Graduate Center, City University of New York. He received his doctorate from the Department of History of the University of Wisconsin and has been teaching at John Jay since 1970. He is the recipient of numerous grants from private and federal agencies, including the Milbank Memorial Fund, National Endowment for the Humanities and the National Science Foundation. He has been awarded the Viseltear Prize for Outstanding Work in the History of the Public Health from the American Public Health Association in 2000. Together with David Rosner he has authored and edited books and articles on occupational safety and health, including Lead Wars: The Politics of Science and the Fate of America’s Children (University of California Press and Milbank Memorial Fund, 2013), Are We Ready? The Public Health Response to 9/11 (University of California Press, 2006), Deceit and Denial: The Deadly Politics of Industrial Pollution (University of California and Milbank Memorial Fund, 2002), and Deadly Dust: Silicosis and the Politics of Occupational Disease in Twentieth Century America(Princeton University Press, 2002).