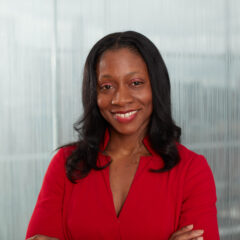 Dr. Fatima Cody Stanford is an Associate Professor of Medicine and Pediatrics who practices and teaches at Massachusetts General Hospital (MGH)/ Harvard Medical School (HMS) as one of the first fellowship-trained obesity medicine physicians in the world. Dr. Stanford received her BS and MPH from Emory University as a MLK Scholar, her MD from the Medical College of Georgia School of Medicine as a Stoney Scholar, her MPA from the Harvard Kennedy School of Government as a Zuckerman Fellow in the Harvard Center for Public Leadership, and her executive MBA as a merit-based scholarship recipient from the Quantic School of Business and Technology. She completed her Obesity Medicine & Nutrition Fellowship at MGH/HMS after completing her internal medicine and pediatrics residency at the University of South Carolina. She has served as a health communications fellow at the Centers for Disease Control and Prevention and as a behavioral sciences intern at the American Cancer Society. Upon completion of her MPH, she received the Gold Congressional Award, the highest honor that Congress bestows upon America’s youth. Dr. Stanford has completed a medicine and media internship at the Discovery Channel. An American Medical Association (AMA) Foundation Leadership Award recipient in 2005, an AMA Paul Ambrose Award for national leadership among resident physicians in 2009, she was selected for the AMA Inspirational Physician Award in 2015. The American College of Physicians (ACP) selected her as the 2013 recipient of the Joseph E. Johnson Leadership Award and the Massachusetts ACP selected her for the Young Leadership Award in 2015. She is the 2017 recipient of the HMS Amos Diversity Award and Massachusetts Medical Society (MMS) Award for Women’s Health. In 2019, she was selected as the Suffolk District Community Clinician of the Year and for the Reducing Health Disparities Award for MMS. She was selected for The Obesity Society Clinician of the Year in 2020. In 2021, she has been awarded the MMS Grant Rodkey Award for her dedication to medical students and the AMA Dr. Edmond and Rima Cabbabe Dedication to the Profession Award which recognizes a physician who demonstrates active and productive improvement to the profession of medicine through community service, advocacy, leadership, teaching, or philanthropy. She is the 2021 Recipient of the Emory Rollins School of Public Health Distinguished Alumni Award.