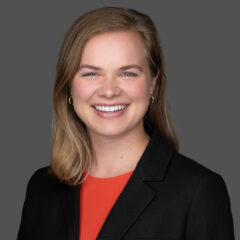 States are increasingly turning to cost growth targets as a strategy for monitoring and slowing unsustainable health care cost growth. These states work with health insurers, providers, consumers, and other stakeholders to set annual targets for statewide health care cost growth to help ensure costs don’t rise faster than the economy, state revenues or wages. As they engage in this work, however, states must ensure that their efforts to slow cost growth do not exacerbate but instead address the deep and well-documented inequities in the health care system.

These inequities are reflected in persistent health disparities and elevated disease burden for certain populations. Inequities can occur across a broad range of dimensions, including age, disability status, gender identity, geography, income, insurance status, language, race and ethnicity, sexual orientation, and other social risk factors. Inequities often result in distorted health care spending (e.g., lower health care spending could be attributed to certain populations skipping needed care for a chronic condition due to cost or access challenges), and an imbalanced distribution of resources. They can also lead to unequal access to health care and disparities in quality of care.

There are various points in the cost growth target implementation process when states can consider or incorporate health equity so they can measure and address inequities. Approaches to considering equity during the design, analysis and reporting process are discussed below.