It’s Time to Promote Aging in Community: Opportunities for States 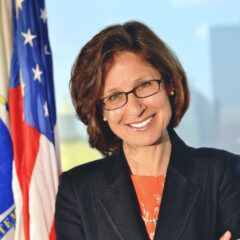 According to a recent AARP survey, most older adults want to live in their own homes and communities as they age. This preference aligns with states’ interest in managing Medicaid budget growth. Medicaid is an entitlement for all eligible people and already represents a national average of 28.6% of state budgets. Spending on Medicaid-funded long-term services and supports (LTSS) averages 32% of those expenditures. Enabling older adults to remain at home and out of hospitals and nursing homes could lead to significant savings for Medicaid.

Barriers to Home- and Community-Based Services

The Center for Medicaid and CHIP Services has championed “rebalancing” of LTSS funding from institutions such as nursing homes to home and community-based services (HCBS) options, and a number of states have made considerable progress with initiatives designed to support successful aging-in-community. That said, policy and programmatic barriers continue to create access disparities for low- and middle-income people. These include Medicaid’s “presumptive eligibility” for nursing home care through which people with extensive care needs are considered qualified for Medicaid coverage in a nursing home but must meet extensive requirements for HBCS. Other challenges include HCBS provider capacity constraints and Medicaid resource limitations. As a result, often the only available option for a person who is no longer independent is to move into a Medicaid-funded nursing home.

Another challenge to meaningful use of HBCS is that neither Medicare nor Medicaid has routinized means of paying for the non-medical services that support older people in remaining at home. Medicare and Medicaid typically use a fee-for-service approach to pay health providers, through which the programs pay providers for each distinct service, as opposed to permitting upfront payments that group complementary health and non-medical services. That said, states can use existing pathways — such as American Rescue Plan Act (ARPA) enhanced Medicaid match, Money Follows the Person (MFP) demonstration funds, Medicaid waivers, and/or value-based payment arrangements — to finance these arrangements.

And as state and federal government agencies partner to address spending on at-home services, both have opportunities to help older adults age in community by implementing emerging, evidence-based interventions that braid funding for both medical and social supports. A leading example is the Community Aging in Place: Advancing Better Living for Elders (CAPABLE) approach.

CAPABLE assesses the needs of older people with self-identified difficulty with at least one activity of daily living (ADL) in their home environment over a four-to-five-month period through 10 home visits from an inter-professional team composed of an occupational therapist (OT), registered nurse (RN), and handy worker. The CAPABLE clinician team (OT and RN) uses comprehensive assessment tools to work with people in setting individual goals related to mobility, self-care, and ADLs. Handy workers perform home modifications and repairs, working closely with the OT and the participant. Evidence from multiple trials and community implementations shows that CAPABLE improves participant self-efficacy, reduces disability, decreases hospitalizations, reduces nursing home days, and improves depression and pain conditions.

CAPABLE is based on a participant-driven approach to goal setting and actions taken between visits. The older adult participant is at the center of the team and is considered the expert in determining priorities and timelines, as well as deciding how and when to enlist family members. Studies find that when participants set goals and believe they are able to achieve them, they are more motivated to complete those goals. The RN and OT use motivational interviewing and other techniques to engage and encourage older adults, as well as to build problem-solving skills that may be used in the future. The program is designed for sustainability: by addressing functional issues early on, the program can help prevent more serious challenges even after the intervention has been completed.

How Can It Be Financed?

To date, CAPABLE has reached more than 4,000 older adults and has been funded primarily through philanthropy and a number of value-based payment plans. To help expand and scale the use of CAPABLE, states do have existing authority pathways including:

States that are interested in pursuing one of these options may benefit from consulting with stakeholders in states that have already done so. Other useful resources are professional associations such as the American Occupational Therapy Association or ADvancing States.

Additionally, the federal government could promote scale and spread of CAPABLE through Medicare and Medicaid by:

In addition, the federal Department of Housing and Urban Development could braid the CAPABLE intervention into Section 202 congregate housing, which provides housing and supportive services like congregate meals for low-income older adults. Stronger collaboration between housing and health and human services agencies will strengthen community-based support systems for older adults and individuals with disabilities.

Improving older adults’ independence in the home and community will save Medicare and Medicaid dollars; strengthen communities, families, and public health infrastructure; and improve health equity. Mechanisms already exist for states to adopt interventions to accomplish these goals including CAPABLE in their Medicaid programs. That said, the federal government could also facilitate implementation of these innovative solutions by building them into existing program models and reimbursement mechanisms.