Hate and the Health of Populations 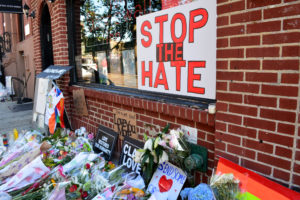 During 5 days in October, 3 acts of terror reminded the country of the pernicious consequences of hate. Fourteen explosive devices were mailed to critics of President Trump, 2 African Americans were killed outside a supermarket in Kentucky, and 11 congregants of the Tree of Life synagogue in Pittsburgh were murdered. Each incident appears to have been motivated by hatred of groups that were different from that of the perpetrators—and all 3 incidents occurred in the context of a multiyear rise in hate crimes.

Copy and paste this URL into your WordPress site to embed

Copy and paste this code into your site to embed